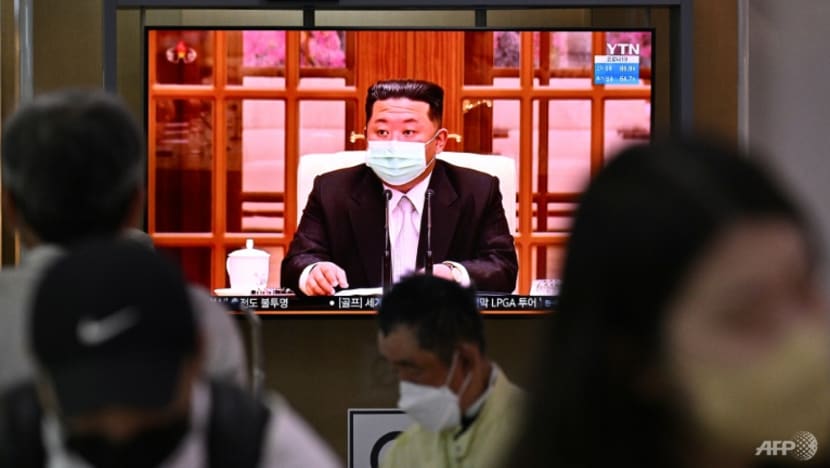 SEOUL - North Korea on Saturday (May 14) reported 21 additional deaths from "fever", two days after the country announced its first-ever cases of COVID-19 and ordered nationwide lockdowns.

State media said that 174,440 new fever cases were discovered on Friday alone and that 21 people had died, as it moved into a "maximum emergency quarantine system" in a bid to slow the spread of disease through its unvaccinated population.

"On May 13, 174,440 new cases of fever were reported nationwide, 81,430 recovered, and 21 died," the KCNA report said. The KCNA report did not specify whether the victims were positive for COVID-19, but experts say that the country lacks mass testing capacity.

North Korea held its second Politburo meeting this week, overseen by leader Kim Jong Un, who said that the outbreak was causing "great turmoil" in the country, KCNA reported. On Thursday, the country confirmed that people sick with fever in the capital Pyongyang had tested positive for the Omicron coronavirus variant, including one person who had died.

It was the North's first official confirmation of COVID-19 cases and marked the failure of a two-year-long coronavirus blockade maintained at great economic cost since the start of the pandemic. State media said that the deaths were "due to negligence, including drug overdose, due to lack of knowledge of scientific treatment methods".

During the meeting, the country's top leaders discussed "promptly distributing emergency drugs" and introducing "scientific treatment tactics and treatment methods for different patients, including those with special constitutions", KCNA reported.

Kim Jong Un said he had "faith that we can overcome this malicious infectious disease within the shortest period possible", the report added. North Korea has a crumbling health system - one of the worst in the world - and lacks essential medicines and equipment, experts say.

The country has announced lockdowns nationwide, and Kim said that they would be following China's model of virus prevention. "We should take lessons from the experiences and fruitful achievements in preventing virus of the China's Communist Party and its people," he said.