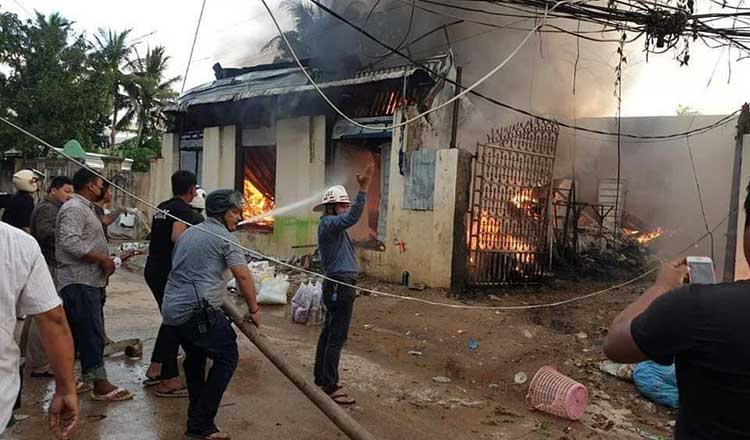 Kandal (MGO) - A building housing 11 rooms and a small warehouse were razed in Takhmao city’s Deum Meany commune in Kandal province on Friday.

Phan Vanny, director of Fire Prevention and Extinguishing Office of Kandal police believed a faulty electric circuit started the fire. “No one was injured but the building owner and room occupants sustained losses,” he said.

He said the buiding and warehouse were in the same compound and owned by 70-year-old Nhim Sok. Police rushed 10 water trucks to extinguish the fire when they were alerted at about 5pm.