New Stadium in Kampong Speu will be completed in short 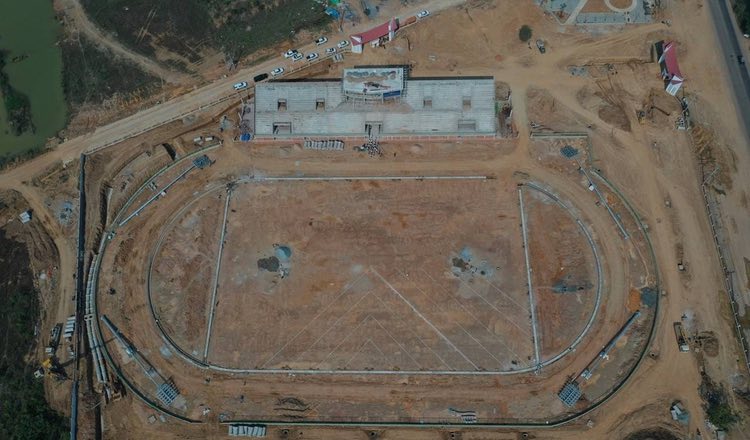 This is according to the inspect the progress of the stadium construction on May 26, by HE Hun Many, a member of the parliament for Kampong Speu province, and his officials.

“Soon, Kampong Speu Stadium, which is a new achievement of the many great achievements will be handed over to people of Kampong Speu province, as well as the general population to use for sports and other needs,” he said.

“This stadium is not only part of the strengthening of sports in Kampong Speu province, but also provides many other benefits to the people living around this area,” he added

The international standard stadium was built with a grant of more than US$2 million from the NagaWorld Foundation, which is scheduled to be completed in time for Cambodia to host the 2023 SEA Games.